With the imminent release of ASP.NET MVC 4 my previous post ASP.NET MVC 3 Razor - The Ultimate Quick Reference needed a follow-up on what's new in the view-engine Razor v2, that comes with MVC 4. 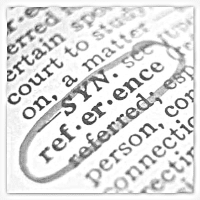 In Razor v1 your views would be littered with code like this:

But in Razor v2 you can shorten it with a tilde in front of the URL, which was used a lot in WebForms:

This will work for any HTML-attribute that starts with the title-sign.

Razor v1 treated null-valued attributes as empty string, writing out attributes empty values. Razor v2 will instead skip even writing out the attribute that has a null value:

Will result in this HTML:

The HTML5-specs clearly states that unclosed HTML-tags are supported, but Razor v1 didn't have an advanced enough parser to support this. Razor v2 now supports this with the elements listed in W3C's spec.

There has been some major improvements on how the syntax-trees are structured and other deep functionality in the language. The focus was internal clean-up and future-proofing.